Unvarnished realities about life, teaching, learning, and change in this wild, wild world

Archive for the tag “wedding”

I was just reminiscing about my wedding day.  We’ve been married fifteen years.  Fif-teen!  In these days of disposable marriages, I’m pretty proud of that. 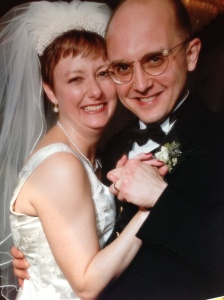 Our wedding day. The first dance.

I know everyone says marriage is hard.  It’s not.  At least not for me.  But I think that’s mainly because my husband is an extremely affable, friendly, conflict-avoidant guy.  The word everyone (and I mean everyone) uses to describe him is “nice.”  I don’t think that’s the word that first comes to mind when they meet me.

I grew up in a house where yelling was a perfectly acceptable form of communication.  We got mad, we yelled, we slammed doors, then hours (or days) later, we pretended nothing ever happened.  In my family, there was some crazy behavior (that in my childhood involved tossing me out a first-floor window and shuttling me over to my grandmothers to get me out of the middle of it).

My husband grew up in a Norman Rockwell painting.

Our wedding was a perfect illustration of our differences.  His dad was his best man.  He gave a perfect toast.  His mother made centerpieces and help decorate the reception hall.  They gave me pearls to wear on my wedding day.

That last one was not my fault.

But it was still a perfect day. 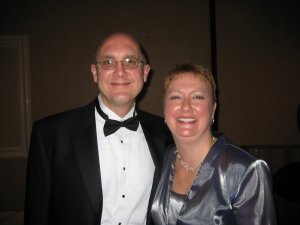